I can’t wake up in the morning without a cup of coffee and I can’t face my afternoon without another one at 3pm. I also need one before bed time to wind down my day. My daughter gives me a hard time about having so much coffee in my diet, so recently I’ve started drinking water with a slice of lemon in the morning, and green tea or herbal tea for the rest of the day. I used to have my coffee with a pastry but that now this is also part of the past… the love for a good coffee is still there though. I sometimes use my coffee machine and frothing device for frothing my almond milk instead of a normal milk. I carry my almond milk with me, when I go out for a coffee as some cafes will make a soya milk latte and now Starbucks doing a coconut milk latte (at least in London they do) but NOT Almond milk latte…..?

So you can imagine my delight when I found out that coffee can actual help you with your diet?

It is important to know that you can relish foods and get more out of them then just the taste. When you know what to look for, you can be confident in your healthy food journey/ venture and flourish from the benefits. 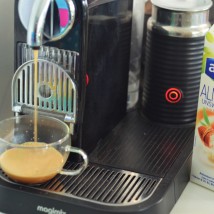 As I mention in my  blog weight Vs Fat, one key enemy in our weight loss challenge is excess body fat. So I was looking into healthy ways to fight back the body fat. So in my small research I found that there are few ingredients that we can actually use in our daily meal plan to help with fat burning and the first one is coffee!

Coffee:  is one of the few substances that is known to help mobilize fats from the fat tissues and increase metabolism, it has fat-burning qualities that translate into big losses in calories burning over time. One cup will boost calories burning by 4% over the course of 2 ½ hours.  It can increase the metabolic rate by 3-11%, interestingly, most of the increase in metabolism is caused by an increase in the burning of fat. I can’t really explain the exact science behind it in simple words (it’s also so boring) but I can give you the bottom line.

So best way to use coffee to your advantage is to drink it half an hour before your exercise or gym visit. Skip all added sugar, cream and milk as drinking black coffee before any physical activity can achieve higher calories burning during and after the workout itself, better utilization of fatty acids for aerobic energy, and ultimately contribute to the successful weight loss and toning. The problem is that after a while people become tolerant to the effects and it stops working. If you’re primarily interested in coffee for the sake of fat loss then it may be best to cycle it to prevent a build-up of tolerance. Maybe have it a week on and a week off.

During rest, the increase in fat metabolism alone, caused by the presence of caffeine, is not enough to prompt burning of fat. Drinking coffee alone isn’t going to get you anywhere so don’t sit on your butt all day drinking coffee.

Of course, there are plenty of other great reasons to drink coffee, including the fact that coffee contains a decent amount of several vitamins and minerals and is the single largest source of antioxidants in the western diet, beating both fruits and vegetables, combined.

Having a coffee after a meal (instead of dessert) will give you a sense of fullness after eating.

Green Tea: Like coffee, green tea can increase fat burning and help you lose weight. Several studies suggest that green tea can make us burn more calories, even at rest and it is particularly effective at reducing the dangerous abdominal fat – although not all studies agree, so the effects may depend on the individual!  It is also loaded with antioxidants and nutrients that have powerful effects on the body.

Another way that green tea could help with weight loss, just like coffee, is by reducing appetite. So drink it with your meal or just after to make you feel fuller.

Chilli pepper (e.g. cayenne): it doesn’t just burn your mouth it can also help you burn more body fat. According to The Chilli Pepper Diet you can lose 10 times as much weight if you add a sprinkle of dried chillies or fresh diced chilli to your meals, it definitely increases metabolism as the nuclear heat will send you straight to the toilets..…

The research found that, compared with eating no chilli pepper with a meal, 1g of pepper reduced salty, sweet and fatty food cravings and also increased energy expenditure, decreased appetite and slowing the growth of fat cells. The spicy pepper helps the body’s diet induced thermogenesis –which means that the body releases calories in the form of heat. Studies on cayenne pepper also indicate that it aids in the increase of lipid oxidation. Lipid oxidation is when fat is burned for energy. All of these are important factors in losing weight and maintaining a healthy weight.

Cinnamon: the smell of cinnamon takes me to places of calm, warmth and happiness, so I’m always happy to use that spice in both my baking and cooking (check out my healthy morning muffins here).

Cinnamon is key in regulating insulin and blood sugar levels which will results in less hunger and overeating. Add this spice to your coffee, tea, and sweet snacks for added flavour and a health boost.

Ginger: Ginger is a known metabolic activator and has been thought to increase metabolism by as much as 20%. Ginger can also help improve digestion and even soothe an upset stomach. 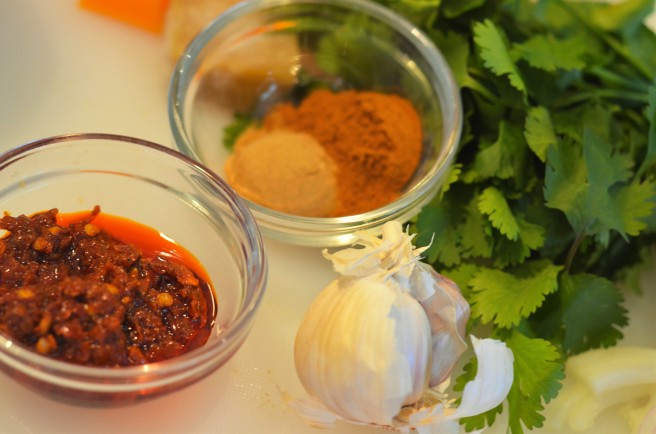 There are more foods that will help you lose weight and are highly nutritious, like: citrus fruits and berries (remember the grapefruit diet?), wild salmon and garlic but for me the above are the most surprising ones and are found in my kitchen cupboards, makes it easy to use every day.

So here is my Chicken and butternut tagine recipe that incorporate: chilli, cinnamon, ginger and garlic, together with some protein (chicken breast and chickpeas).

You can cook it in the oven using a tagging or oven proof pan or just on the hob.

Serve it with a raw cauliflower rice (or a traditional couscous) and a nice cup of green tea in Moroccan tea cups.

Remember when the body has the nutrients it needs, it’s better able to balance and heal itself including achieving a healthy weight.

Stay Healthy and eat real foods with the RESET plan.